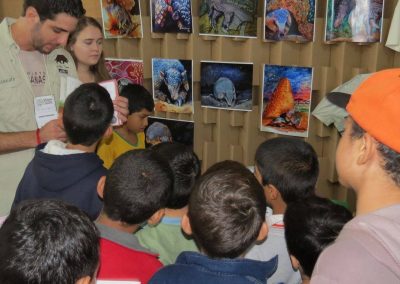 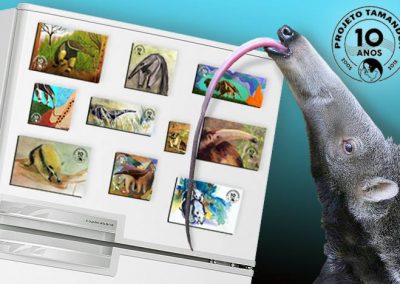 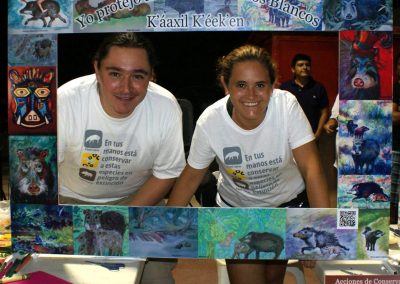 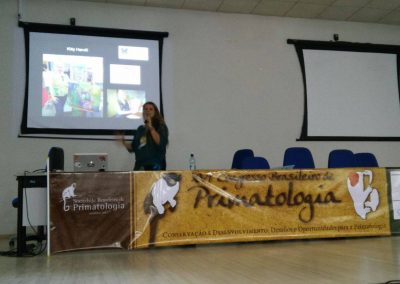 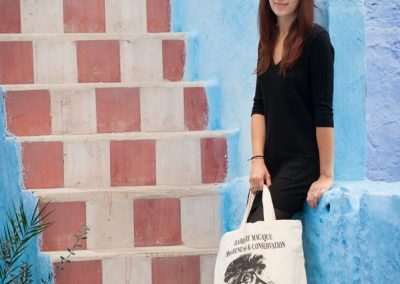 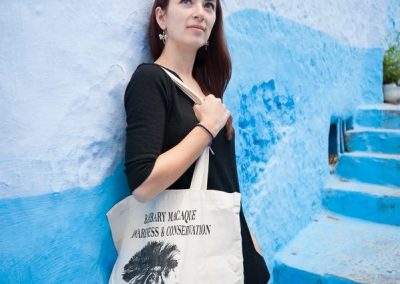 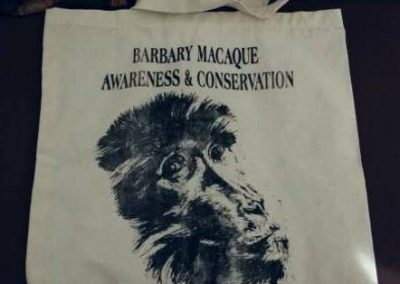 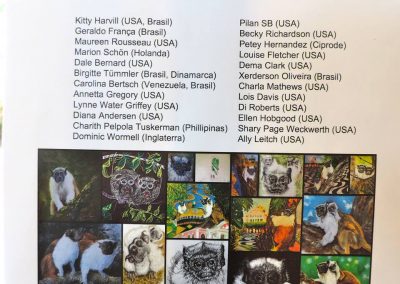 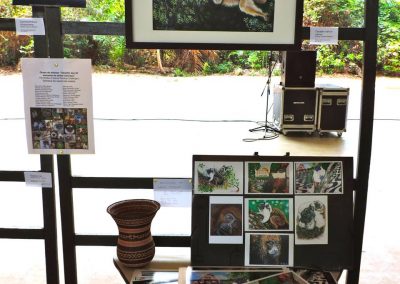 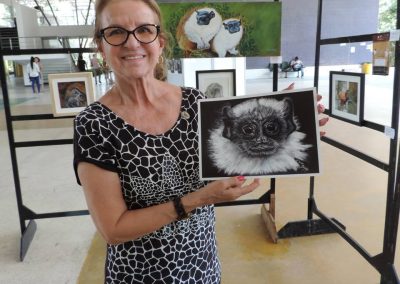 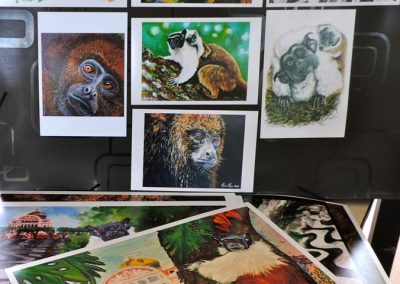 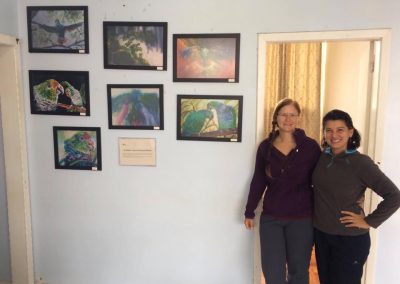 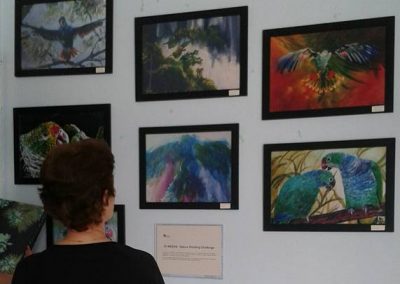 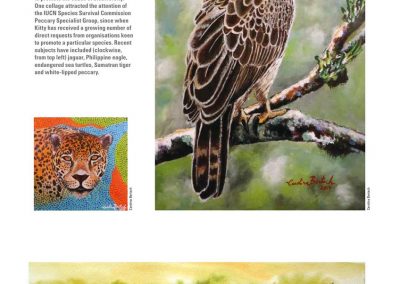 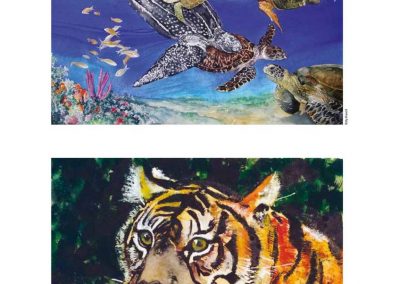 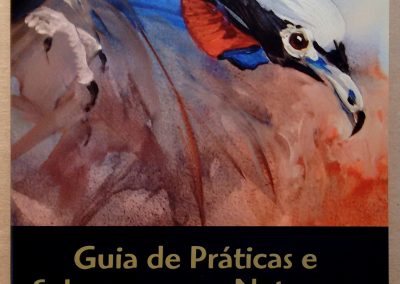 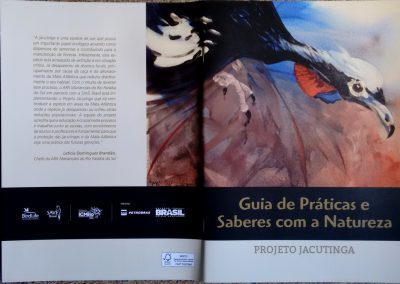 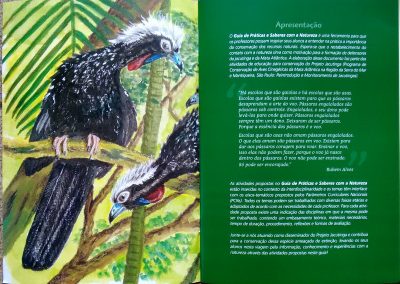 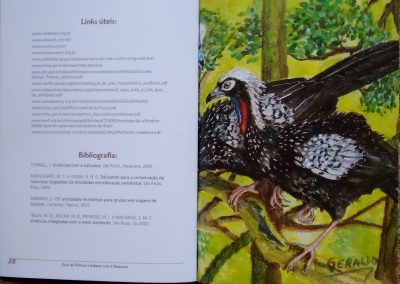 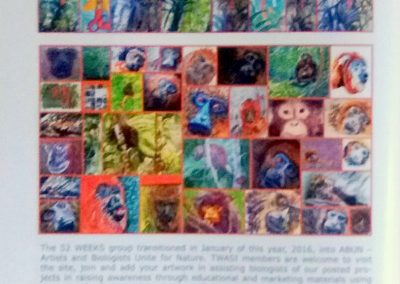 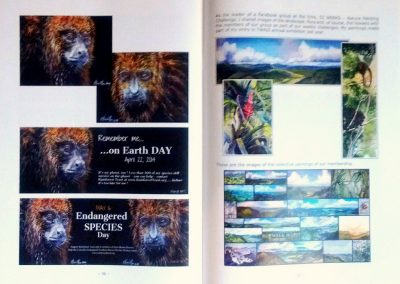 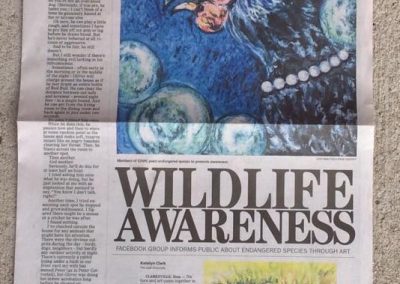 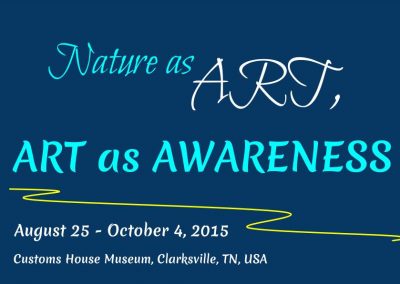 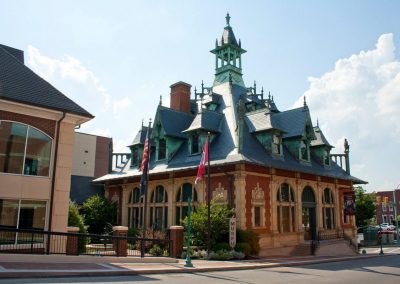 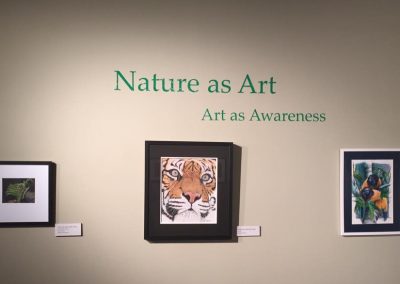 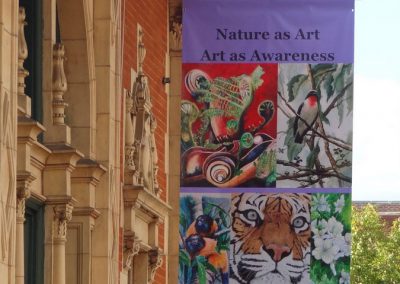 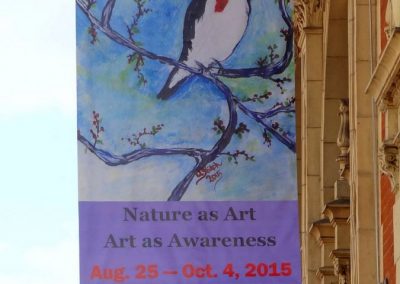 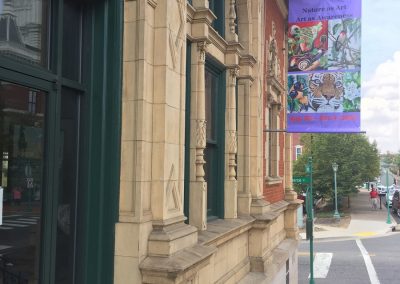 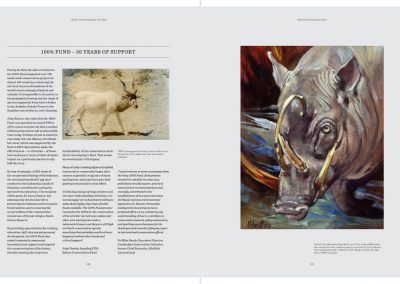 The 52 WEEKS – Nature Painting Challenge began in January of 2014, and my idea was simple: To challenge myself and like minded artists to paint from a Nature photo presented each Monday and to complete it within a week’s time.

I had challenged myself to daily painting in 2009 and reaped the rewards of such a strict discipline, but wanted to be a little more generous and not as constricting with a commitment every day for 365 days. And so it began with three members – myself, my husband and one of my best friends.

Soon, it began to grow in membership and by August of 2014 a biologist friend of mine in Brazil, Alexine Keuroghlian, asked if we might feature the endangered species with which she works – the White-lipped Peccary.

That week was a great success with the images being used in educational and awareness-raising opportunities. The work also appeared in an article of the IUCN (International Union for Conservation of Nature) website. That request was followed by one from Arnaud Desbiez, working with the threatened Giant armadillo in Brazil’s Pantanal and funded by the Royal Zoological Society, also resulting in images used in educational slideshow presentations.

We have supported organizations promoting awareness for;

We have also partnered with Rainforest Trust in painting;

Our partnership with SAVE Brasil (Brazilian affiliate of BirdLife International) has given us the opportunity to paint;

Recently, ten of our paintings have been selected by Flávia Miranda to make part of the 10-year anniversary celebration of Projeto Tamandua – a painting for each year.

The group was invited for an exhibition – “Nature as Art, Art as Awareness” in the Customs House Museum of Clarksville, TN in September 2015 and several group members were featured in the Gallery section of “Fauna & Flora International” (FFI) magazine in the Fall of 2015.

Our work was presented at the Congresso Brasileiro de Primatologia in Manaus, Brazil – with paintings and drawings of the Sauim-de-coleira/Pied tamarin in Nov 2015.

Our membership has grown to more than 400 members spanning five continents in less than two year’s time. Members have found a supportive, artistic, online “family”.

We also have a complementary 52 WEEKS – NPC Critique group for members wanting more in-depth critical analysis of their work from more experienced members. We range from beginners and hobby artists, children and adults to seasoned professionals and are joined together by our love of Nature and desire to be of service to that cause, the process of creating art and the respect for all artistic expressions produced in the group. In 2016, the group will transition into a new group – Artists & Biologists Unite for Nature (ABUN) in order to intensify the work.